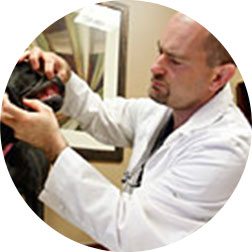 Dr. Foley attended Cornell University’s School of Agriculture and Life Sciences, where he first met his friend, Dr. Michael Ferber. Dr. Foley graduated in 1992 and stayed in Ithaca after graduation to continue working in Dr. Alan Nixon’s laboratory at the NYS College of Veterinary Medicine. Together they studied the efficacy of chondrocyte implantion to treat osteoarthritis and osteochondritis dissecans (OCD) lesions in horses. In 1994, Dr. Foley was accepted into the NYS College of Veterinary Medicine at Cornell University.

Dr.’s Ferber and Foley were reunited in vet school and became roommates. Dr. Foley graduated in 1998 and moved to Brooklyn, NY where he practiced for two years. Subsequently, Dr. Ferber invited Dr. Foley to come work with him at his family-owned practice, The North Shore Animal Hospital, in Bayside, Queens, and the two were reunited one last time. After two more years Dr. Foley became a partner within the group. The group decided to open up a new practice together on Long Island. Dr. Foley took a leading role in directing and growing this practice which became South Bellmore Veterinary Group. Over time the practice outgrew its original footprint and today operates as a beautiful, multi-doctor, 5000 square foot, state-of-the art, fully functioning animal hospital.

Dr. Foley continues his role as Director of Medicine and Surgery of the practice today. His particular interests include dermatology, soft tissue and ophthalmic surgery. Dr. Foley is passionate about educating his clients on issues such as over-vaccination and the dangers of early spay and neuter so that they can become active decision makers in their own pets care. His views on this subject and many other subjects can be found on his blog www.angryvet.com. 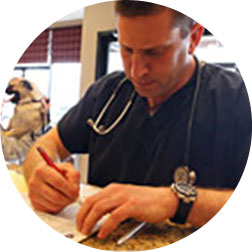 Dr. Michael enjoys spending time with his wife Fran, his two beautiful girls Maddie and Alex, and dog Bailey. He enjoys jiujitsu and carpentry in his spare time. His veterinary interests include reconstructive knee and ear surgery. 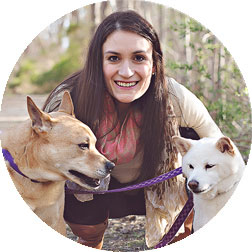 Dr. Dale joined South Bellmore Veterinary Group as an associate veterinarian last August. She grew up in Norfolk, MA and has always had a love for animals. Dr. Dale moved to Long Island to be closer to her husband’s family. At that time she began working as a technician here at SBVG until attending veterinary school at Mississippi State (Class of 2015). During veterinary school, Dr. Dale traveled to South Africa to do wildlife medicine. She also worked closely with many zoos and exotic veterinarians. She was fortunate enough to extern with a board certified dermatologist to gain expertise on common skin conditions. During veterinary school she was accepted into a surgical externship at Tufts University, allowing her to gain valuable surgical skills.

Her interests include surgery, nutrition, oncology and exotic animal medicine. When Dr. Dale is not at work, she enjoys spending time with her husband and two young boys, traveling, and yoga. She has two dogs, a mutt and a Shiba Inu and hopes to add a kitten to the family soon! She is excited to be part of the SBVG family.